A Matter of Fate.

I hadn't intended leaving my visit to the Sgt Pepper Pop Up shop in Liverpool until the day before it was due to close but I will be forever grateful that I did.

My plans went awry on Thursday morning last week when my dad wasn't well and I couldn't get into town, so my lovely hubby agreed to drop me at the shop on a wet Saturday morning and drive round until I phoned him to say I was ready to leave when he would pick me up.

Of course the reason I wanted to go was to get a photograph of me with the Sgt Pepper set that had been created upstairs but what was intended to be a quick pop in for a couple of photos turned into something so much more. 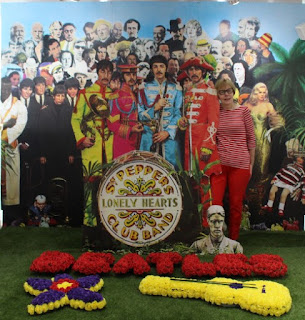 It was obvious that I would sidle into the set next to George whilst Paddy who runs the shop snapped this photograph.

I also took the chance to snap some close ups of the lovely flower displays. Made from foam flowers by a friend's sister, I was bowled over by how realistic they are the flowers really do look just like real roses and even touching them the petals have a similar texture to those of the real thing. 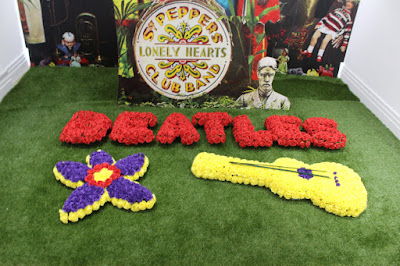 Paddy then suggested that I have a picture taken holding the new version of 'I Me Mine' he has known me a long time and appreciates my inner George girl. 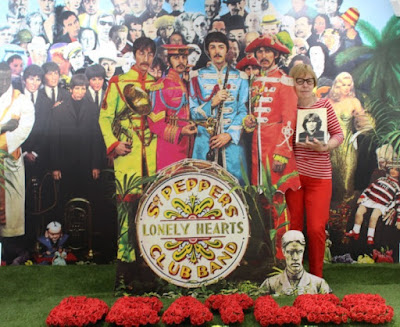 Whilst having the photos taken, we discussed the concert that had been performed at the Phil the night before. Including two of the original musicians from 'Within You Without You' performing on stage.

Having decided what I wanted to purchase I made my way downstairs to the till only to be stopped in my tracks at the sight of the aforementioned musicians in the shop.

Paddy suggested I accompany them back upstairs and one of the party with them recognised me from the concert the night before and very kindly arranged for me to have photographs with them. 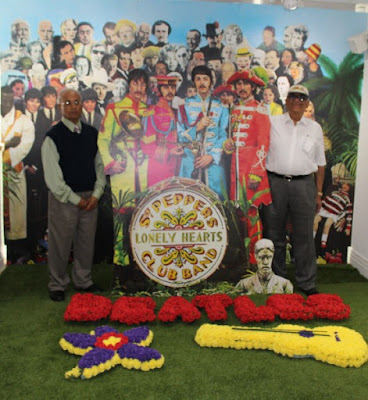 I started off by snapping this picture myself and then one of the group took over to allow me to be photographed with these two wonderfully gifted musicians. Both are very quietly spoken and such gentlemen. I felt totally humbled to be there talking to them and so very grateful I was able to thank them for both playing on Pepper and performing at the concert the night before.

The concert the previous night had referred to how chance had played a huge part in both the concert being performed and in George discovering Indian music in the first place. So it seemed wholly appropriate that chance had played a part in my being in the pop up shop at the right time on Saturday. 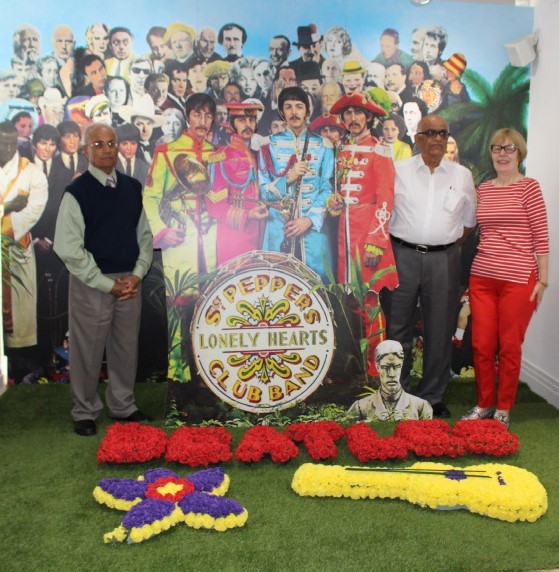