Well we had some wonderful entries into our Faithful friends challenge the winners can be found on the Ooh La La Creations challenge blog.

This fortnight out theme is 'Quotations' so we want you to include a quotation on your card.

We on the DT have been really excited about this challenge as it has given us the perfect excuse for giving you a sneak peak of the New Ooh La La Creations CD 'Say it with words' which will be launched on Monday 9th of June at 3pm BST on Create and Craft.

It has something for everyone and is very versatile.However you'll need to tune in to see the show if you want to know more and see even more of the samples the DT have made for the show.

'Believe in magic' it is based on a Roald Dahl quotation

'Those who don't believe in magic will never find it' 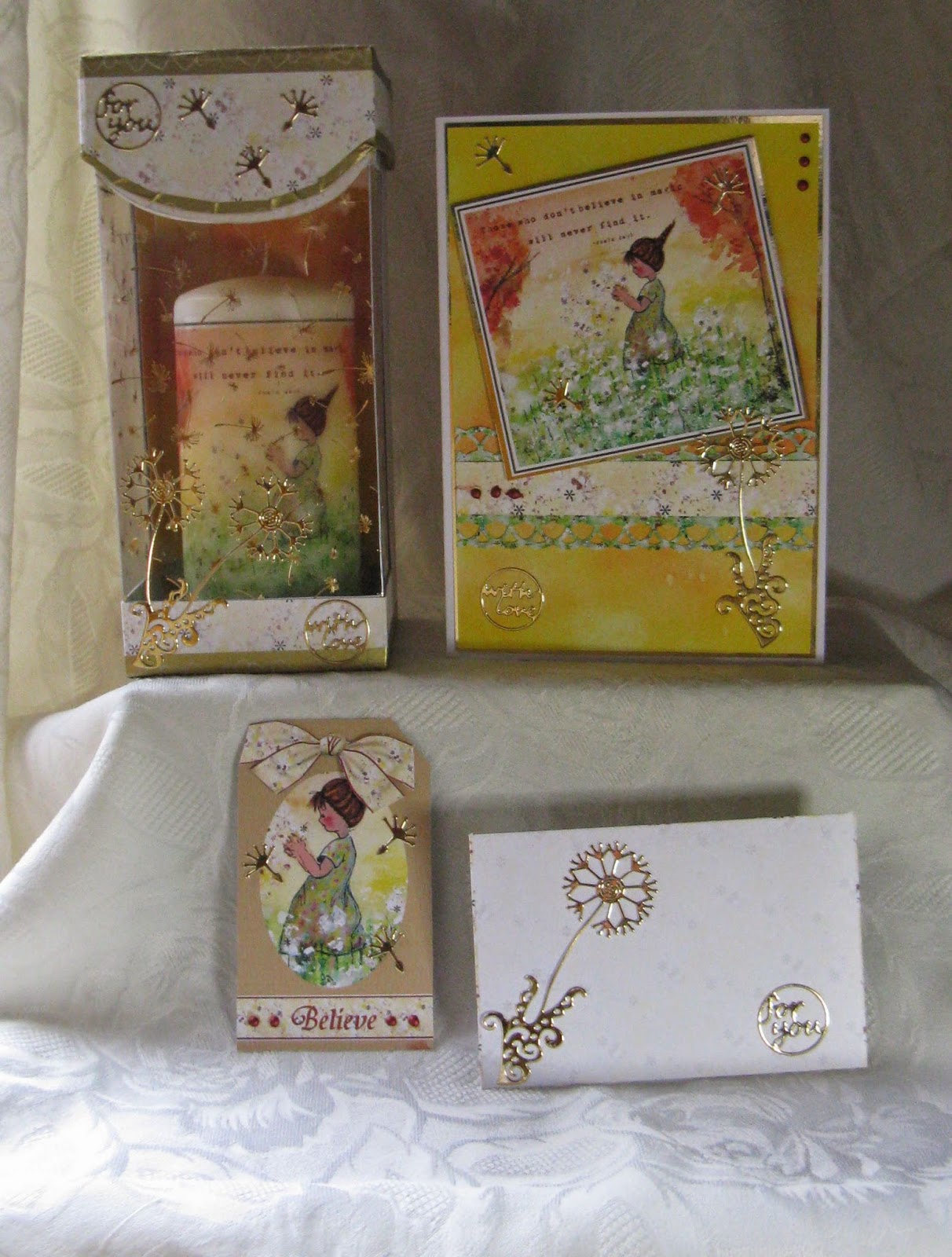 apart from some mirror card for the die cutting, a piece of acetate, some gold washi tape and cosmic shimmer pearlised glue everything else is from the CD. 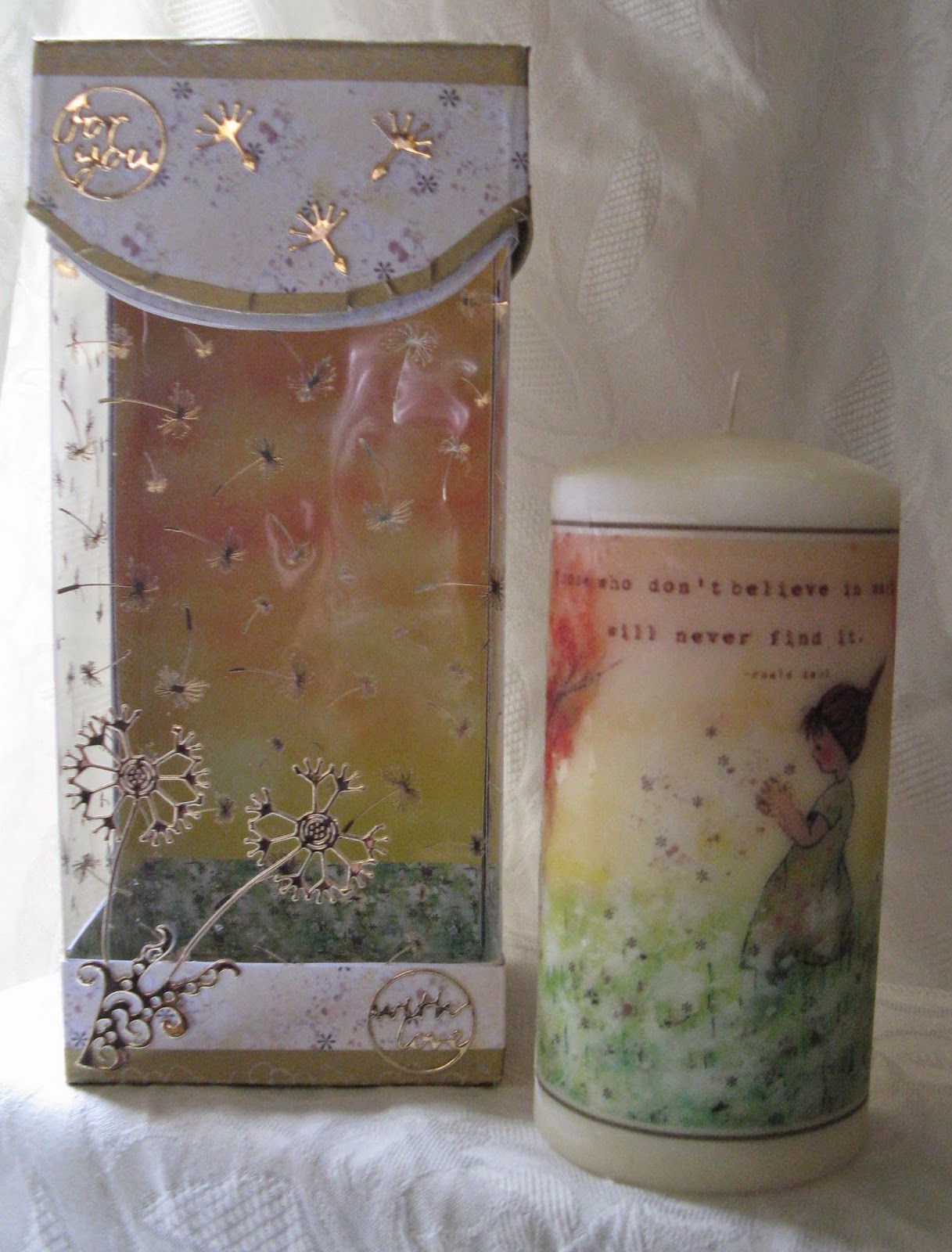 The candle is a plain white pillar candle from a local pound store and I printed one of the topper images onto tissue paper then applied this to the candle with a heat gun.

The box is made from A3 card with a cut away section lined with acetate that has little gold dandelion clocks on it. 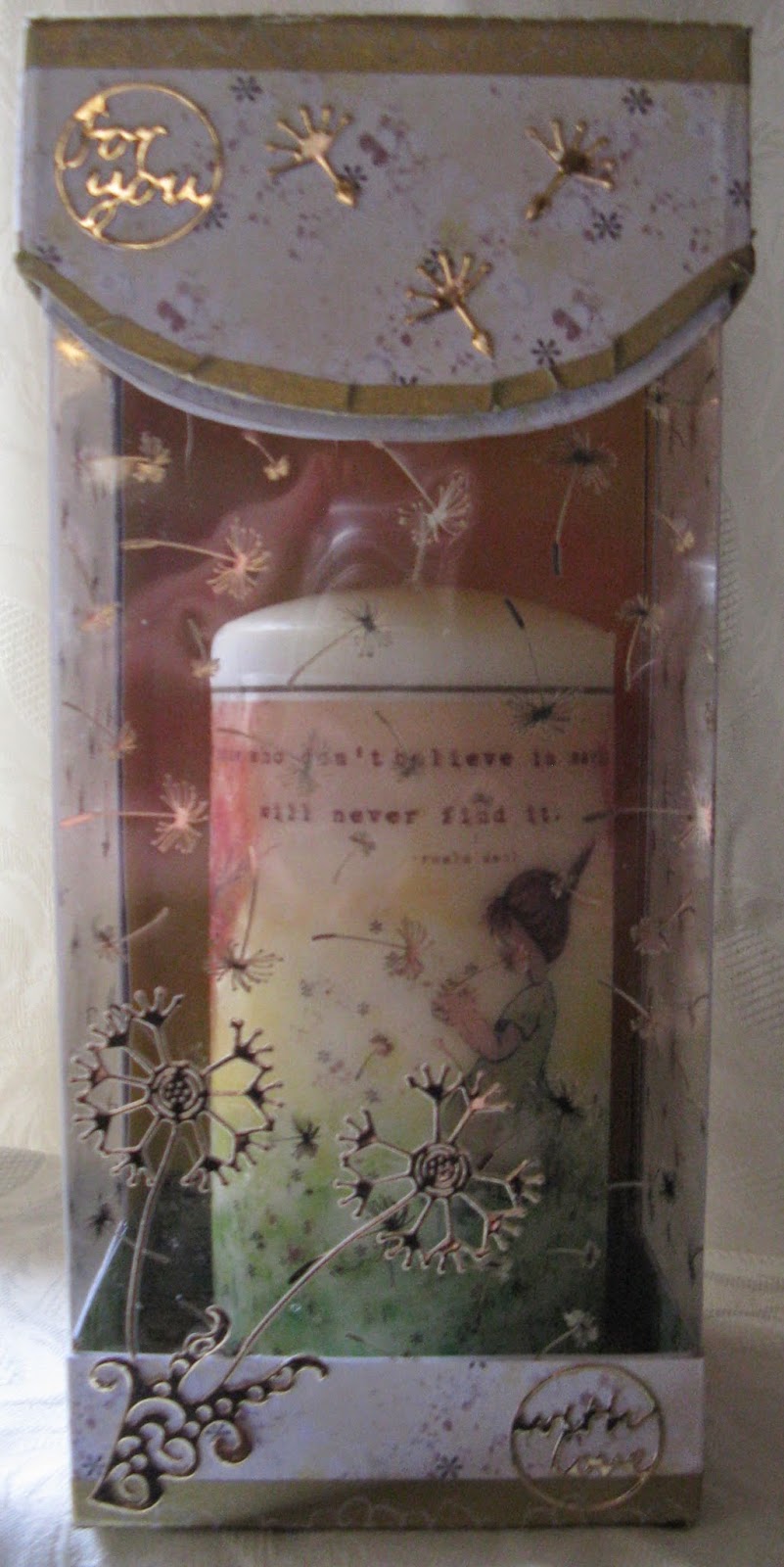 I printed off three of the patterned papers from the folder on teh CD onto thin card and then cut these to line nd cover the outside of the box. I don't have an A3 printer so couldn't just print straight onto the card for the box. I reinforced the lid and bottom of the box with gold washi tape to give a neater edge.

I finished off the box front with 2 die cut dandelions and two sentiments and then added some single dandelion clocks to the front of the lid. 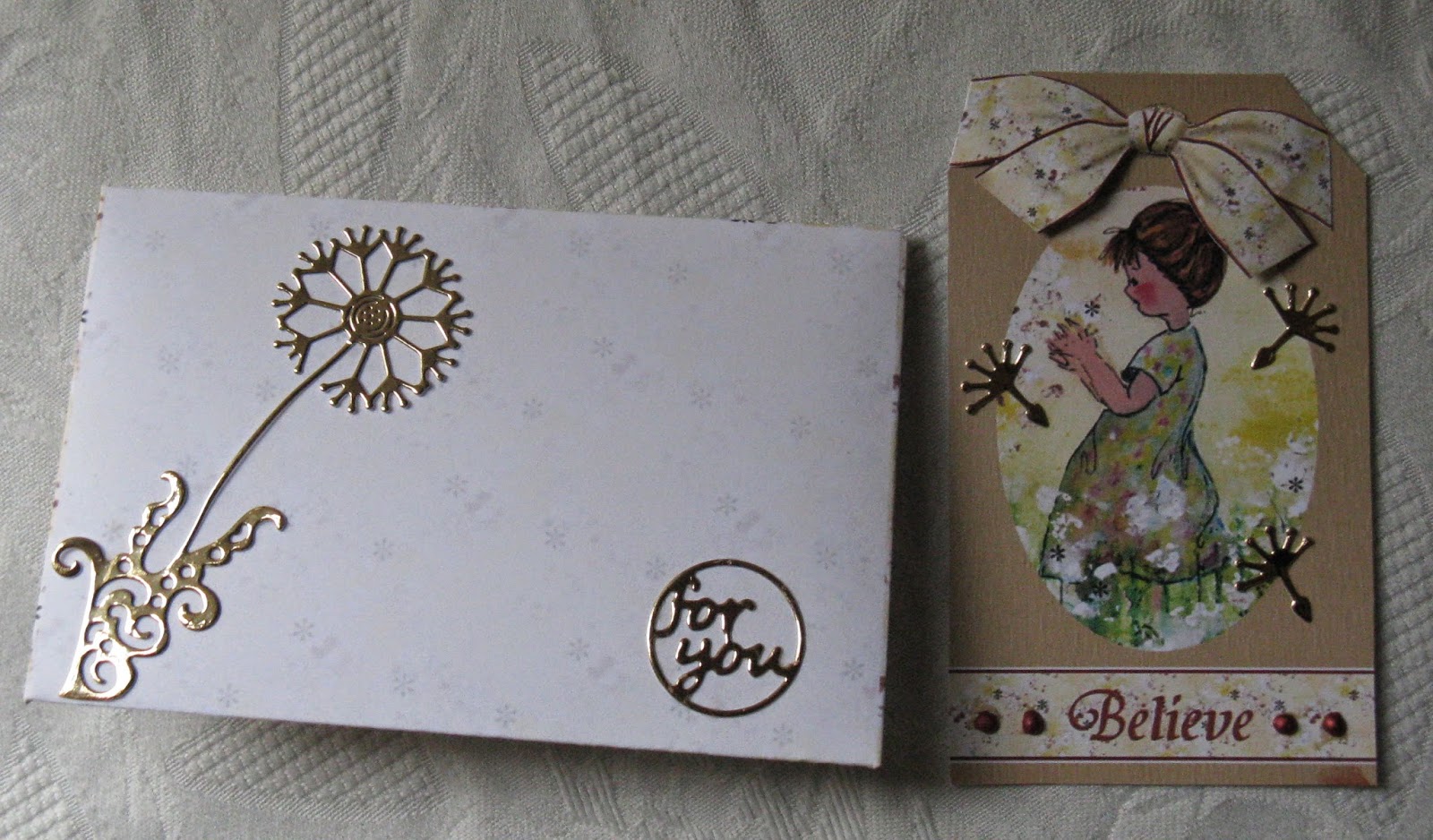 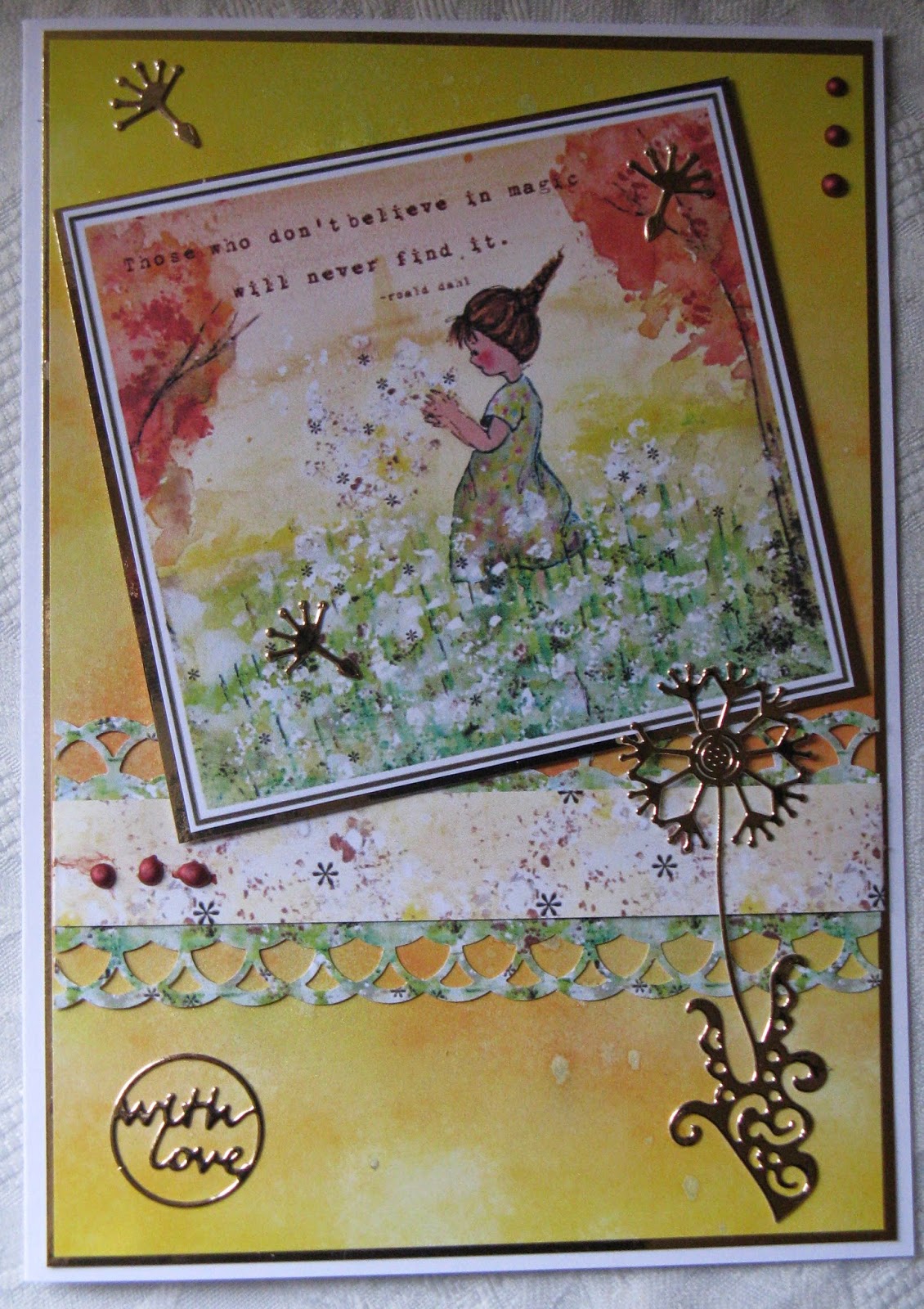 For the card I printed off the same 3 backing papers I used for the box. I kept the lovely yellow and orange paper as the main piece and matted it onto gold mirror card then gave it a spritz with gold mica pigment to give a really subtle sparkle.

I punched a fancy edge into the green paper to make a border and added a strip of the pretty floral pattern that reminds me so much of dandelion clocks - speaking of which I added a further clock to teh front with some singles working their way up the card, and added a sentiment. 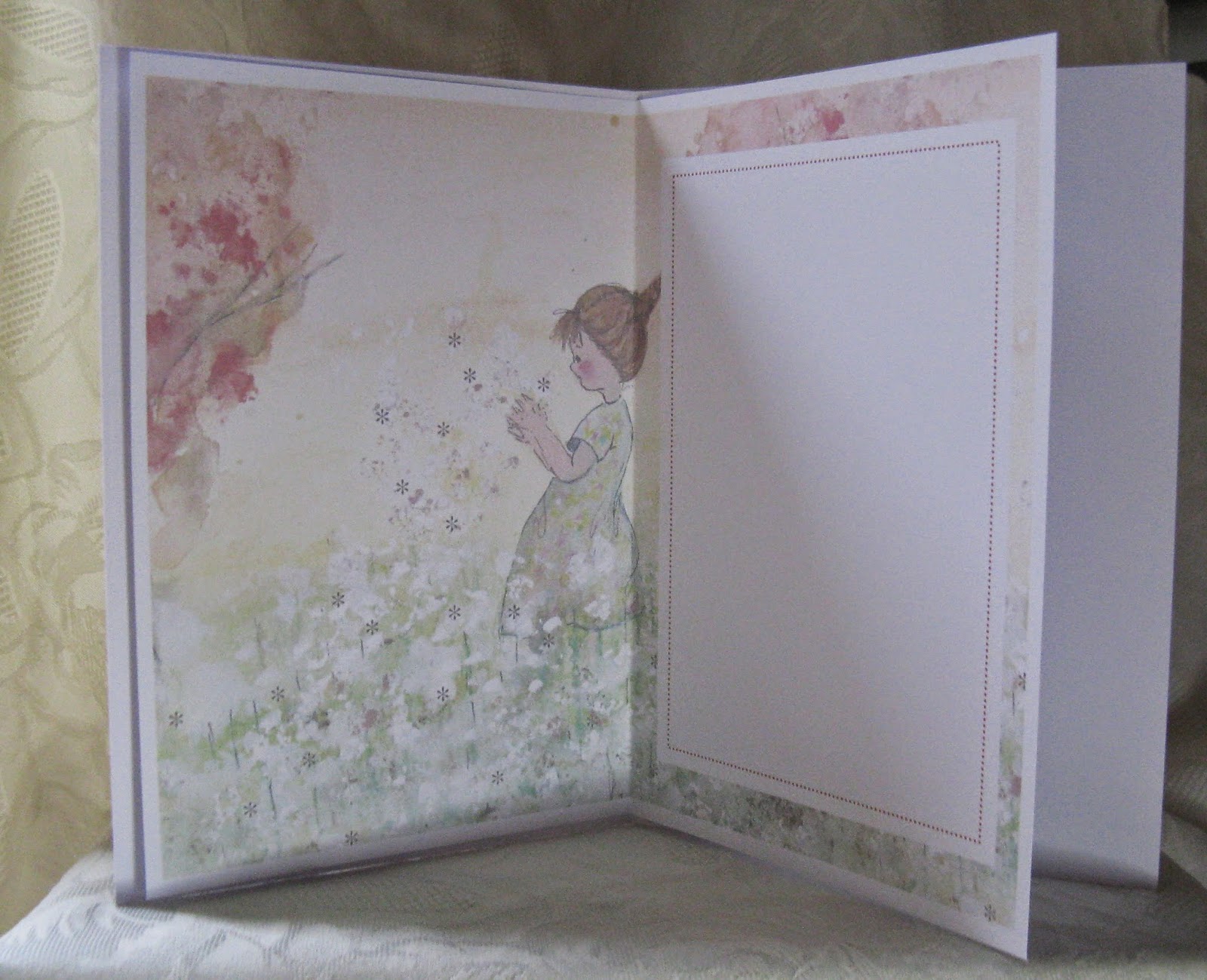 I finished the card off by adding the printed insert from the folder.

So there you have it a sneak peak at the new Ooh La La CD.