Being a child of the 60's when I saw the wonderful range of Hippie Chick stamps over at Lacy Sunshine's I just had to have them. Heather Valentin has perfectly captured the spirit of the 'Summer of Love' and all things 60's they are just gorgeous. 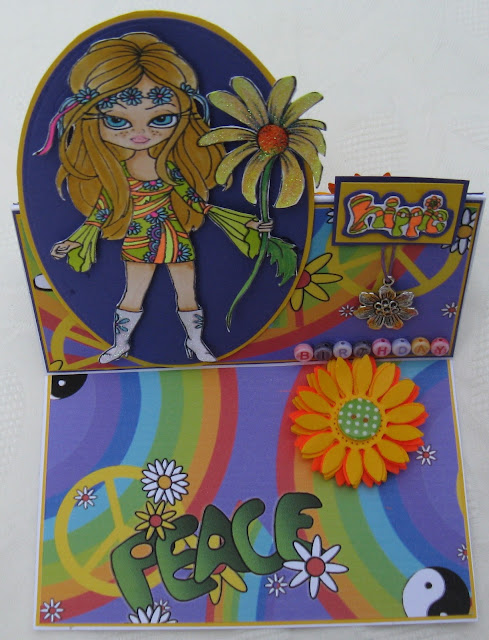 I coloured her using Spectrum Noir Markers
Skin FS1 FS2 FS3 TN1
Hair TN2 GB1 GB2 GB3
Clothes - I used CG2 for the background of the dress and then used the Fluorescent range of pens from the brights set.
Flower - LY1 GB1 and OR1 then glittered using stickles iridescent glitter glue

The backing paper is from a CD - MCS Carousel of Classics and was one of the first CD's I ever owned as it was free with my very first subscription to Quick Cards Made Easy in 2008.

I Fussy cut teh image and mounted her on an oval of purple card which has been in my stash for a couple of years and then mounted this onto bright yellow card and trimmed it to give a narrow border.

The flowers are die cut from various papers from my stash including some fluorescent vellums, I added the polka dot buttons as centres. 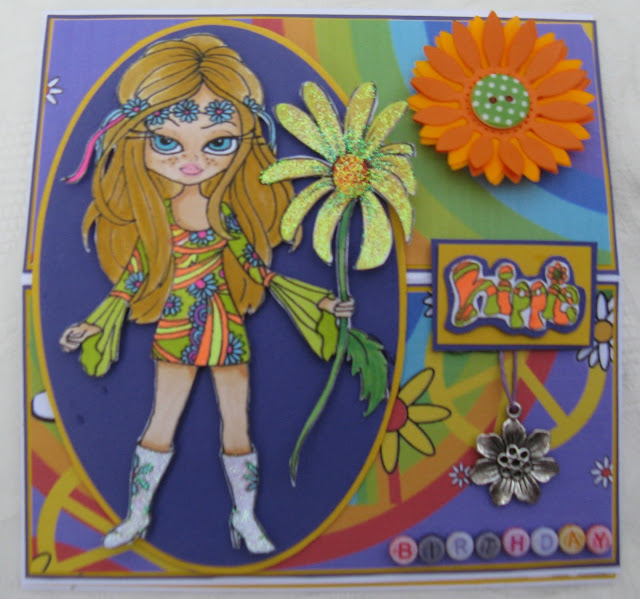 I added a large daisy charm and then used alphabet beads to spell out the word birthday.

I'm off now to make some more cards with the other Hippie Chicks from the range.