Bear it All at Ooh La La Creations

Firstly thank you to everyone who entered our 'Quotations' challenge last time pop over to the Ooh La La creations Challenge blog to see if you are a winner.

This fortnight we want to see you bear it all so bears in all shapes, sizes colours and hues are the order of the day.

I used a quick card  and paper from the Boys to Men CD to create a scrapbook page about a Teddy Bears picnic some of us participated in. It all started when we found some old photos of us on a 'George Harrison' tour of Liverpool to mark his birthday. It had been pouring down in teh morning and whilst we waited for the tour bus we took refuge in the Beatles story and they had just taken a delivery of Beatle Bears so we all bought one of course the George Bears were very popular considering it was mainly George fans assembled and we took photos of the Bears at various landmarks in Liverpool which were related in some way to George. when we came across the photos we were remembering all the fun we had with our bears and our tour guide from that day Jackie Spencer came up with teh idea of the Teddy Bears picnic. We all met at Sefton Park Palm House a building that George donated money to restore to its former glory. So here we are with our bears on the day. 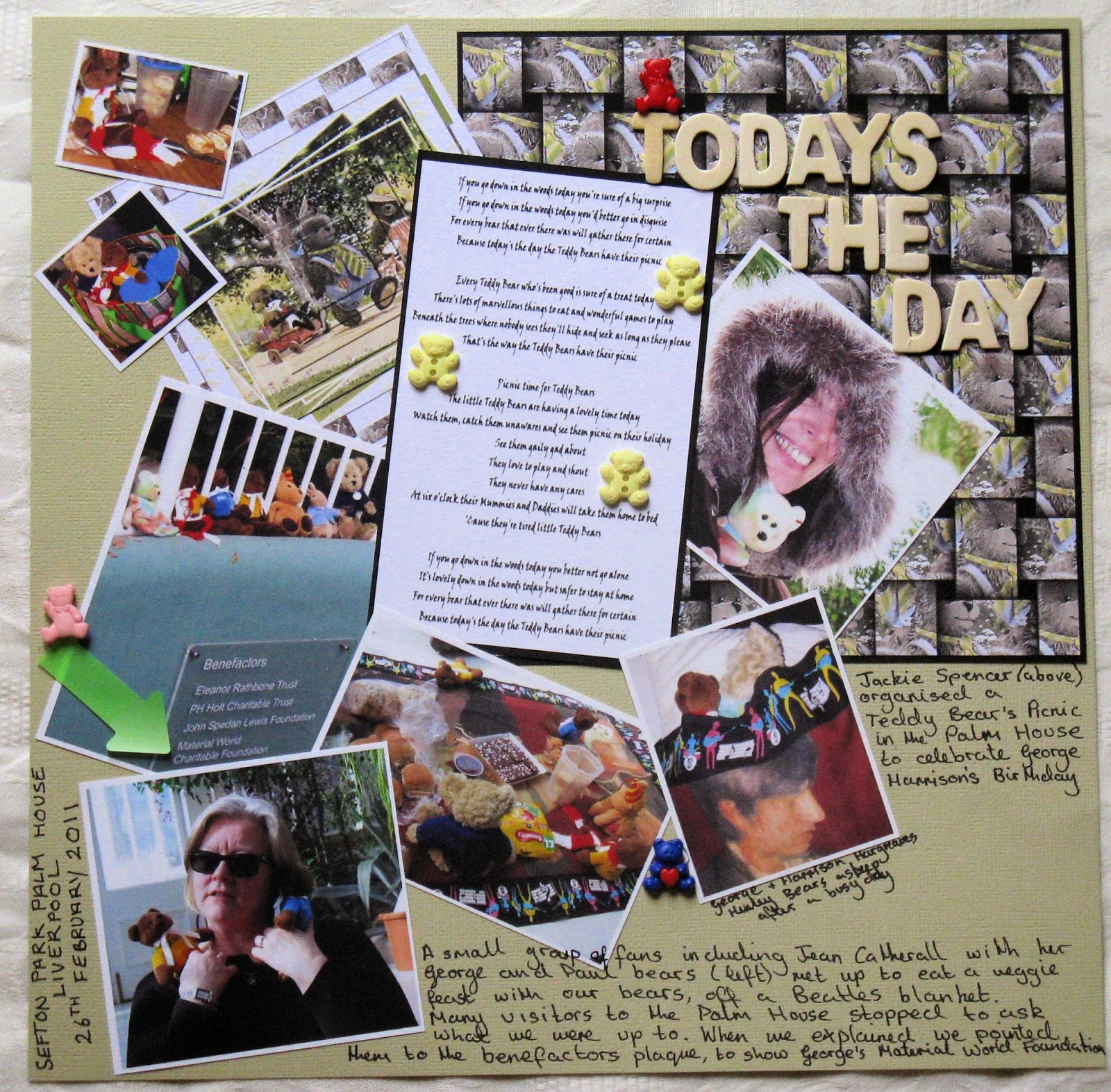 I included a copy of the lyrics to 'Teddy Bears' Picnic' and that's where I took the title from. 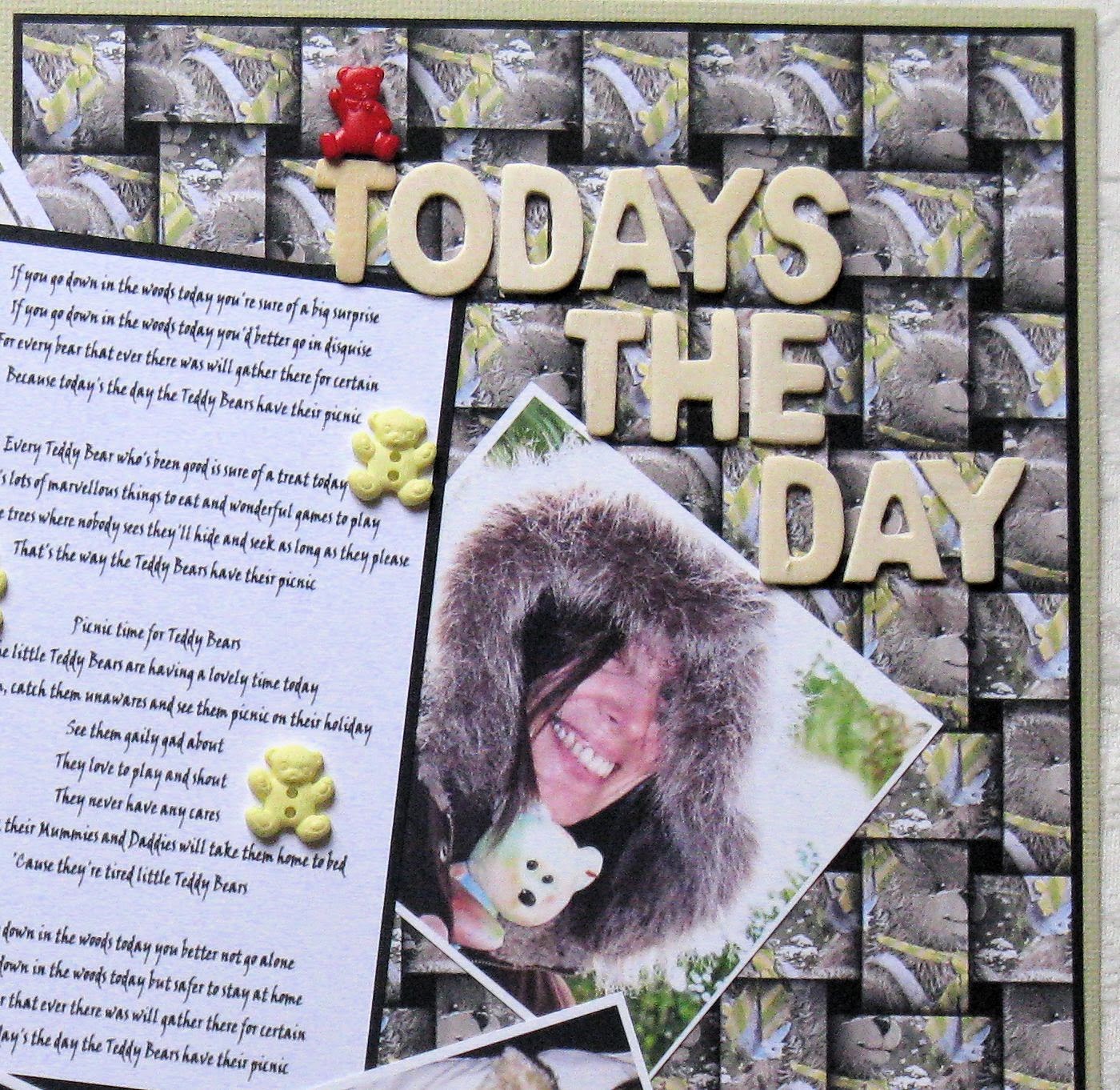 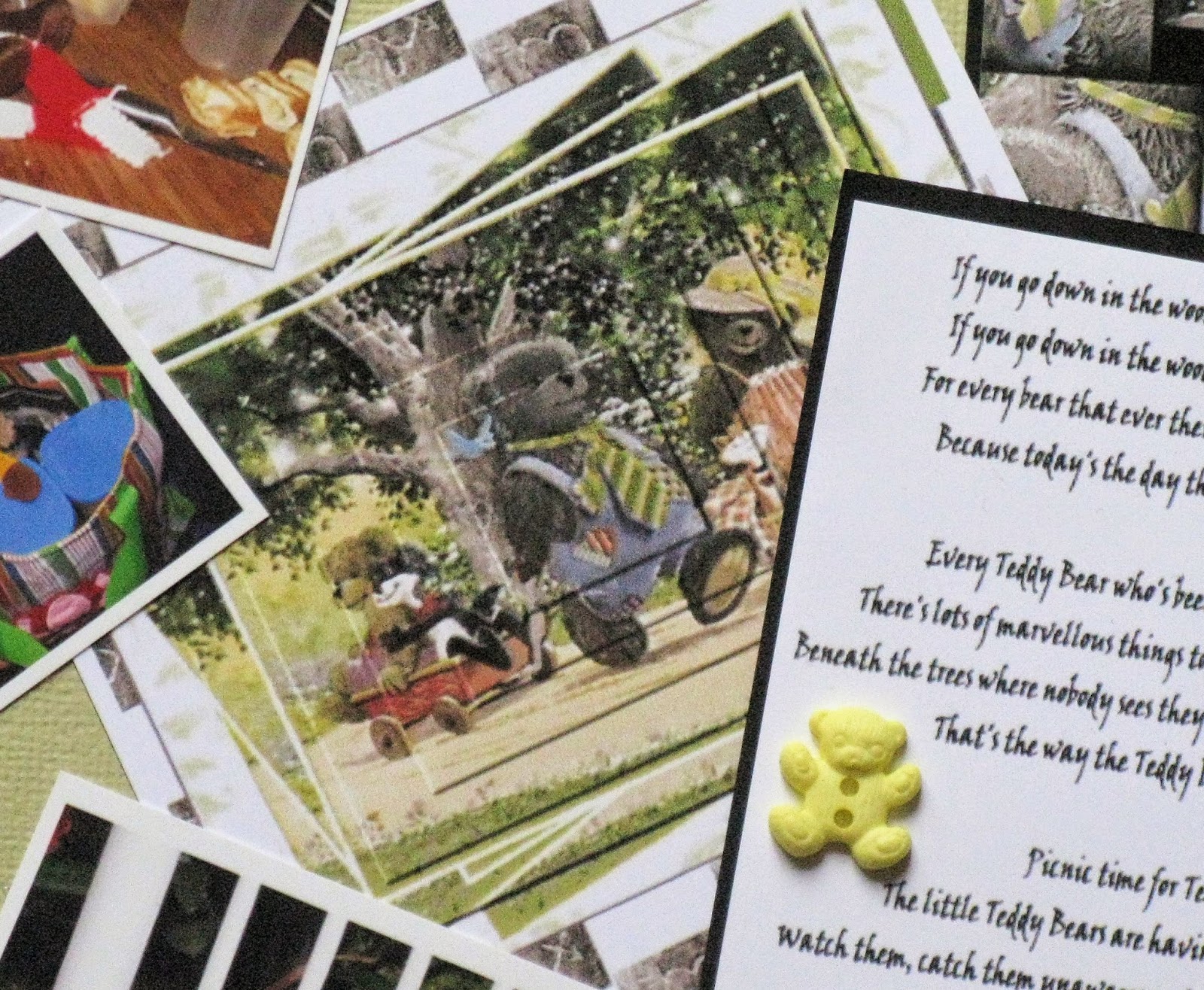 We caused quite a stir on the day when visitors to the palm house rounded a corner to find us sitting on my Beatle blanket and partaking of such delights as veggie sausage rolls, home made scones (reference to the film Backbeat) Chocolate brownies (reference to George's appearance on The Simpsons') and of course Jelly Babies (because George once told a reported that John had eaten all his Jelly Babies and ever after fans used to throw Jelly Babies at the band when they played). It prompted may questions from visitors and of course we told them how George had donated a substantial amount of money to the restoration of the palm house to save it when it looked as if it would have to be demolished because he remembered visiting there as a child with his older brother Peter.
Posted by Alli Devine at 09:00