For a dear Sister

This week at Through The Purple Haze Challenges, they are asking that everyone uses digital elements in their crafting, one of the sponsors is Crafts U Print and they are offering a free download if you sign up to their news letter so when I saw this design up for grabs I signed up and hers is a card for my Sister-in-Law's birthday. 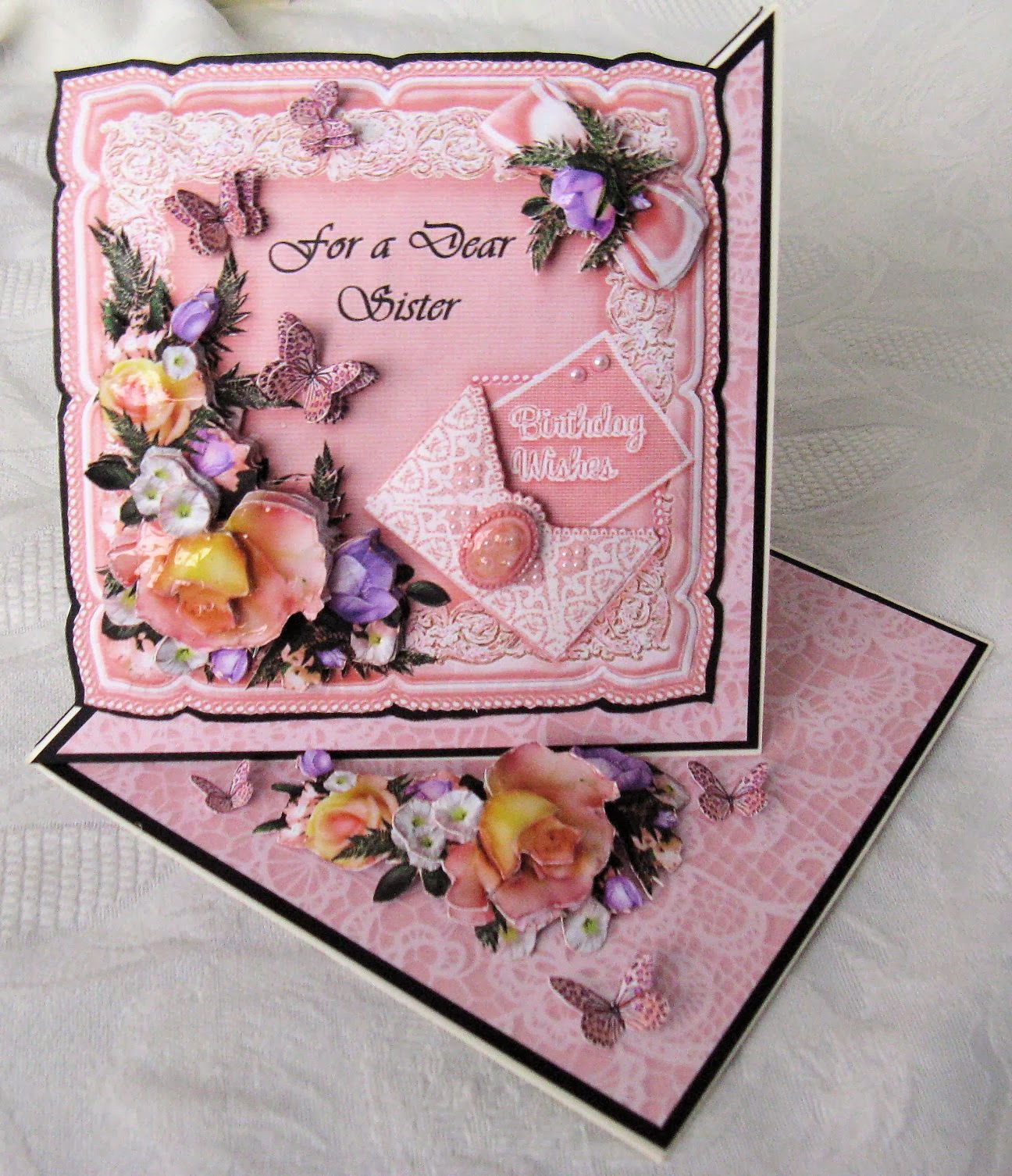 The design sheet consists of the base image and two layers of printed decoupage elements but I wanted to add even more dimension so I shrank the image down to fit a 6x6 square card this meant I could get two copies of the sheet onto a A4 page. I actually changed the colour slightly using MCS professional, this gave a more yellow tint to the roses and I also added the 'For a Dear Sister' text and colour matched it to the green of the leaves. I printed two A4 sheets which gave me 4 images and 8 layers of decoupage to play with. 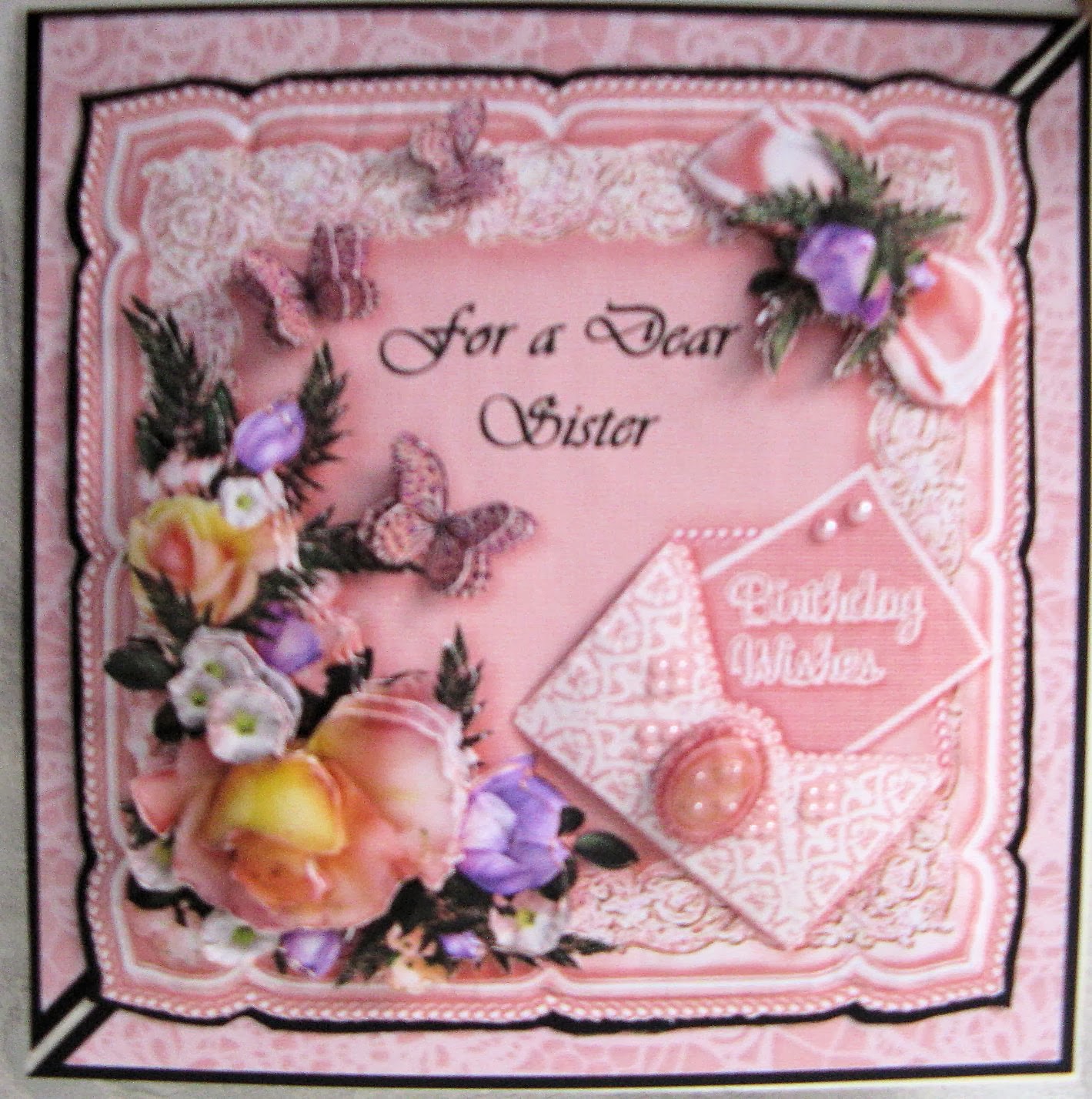 I started off by using a large ball tool to shape the 'cushion' I had trimmed from the second sheet and then used glue gel to add this over the main image so that it had a curved appearance. I also added dimension to the envelope by shaping just the front part I had clipped from the third image and using glue gel added it over the envelope image. I added five layers of decoupage to the flowers using the elements trimmed from sheets three and four and the decoupage elements from the sheets and added three layers to the bow and two layers to the butterflies.

The backing paper if from the MCS CD 'Shabby Sweet' and this was mounted onto black card and trimmed to cover the base of the twisted easel I had made. I used more layers of decoupage for the easel stopper along with some spare butterflies. To finish I coated the 'cameo' on the envelope with glossy accents and added some mini pearls. I also added mini pearls in pink to the lace pattern on the envelope and two pearls to the greeting. I picked out some of the flowers with glossy accents to give them a sheen.

I realised that the card would not fit in a standard envelope so I made a little box. 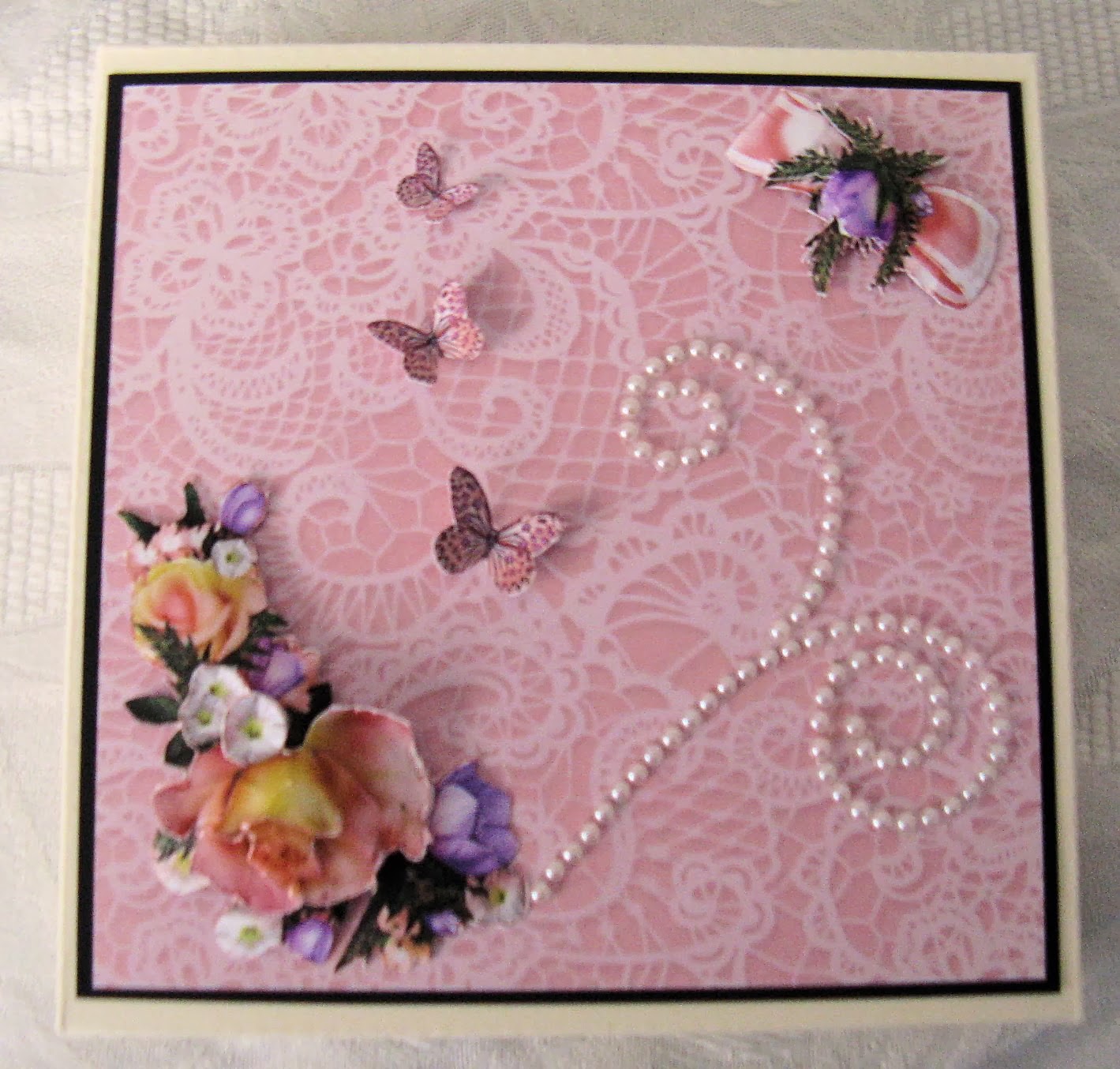 Using cream card and I added a decorated panel to the lid with the same backing paper, and what was left of the decoupage elements, and some pearl swirls. 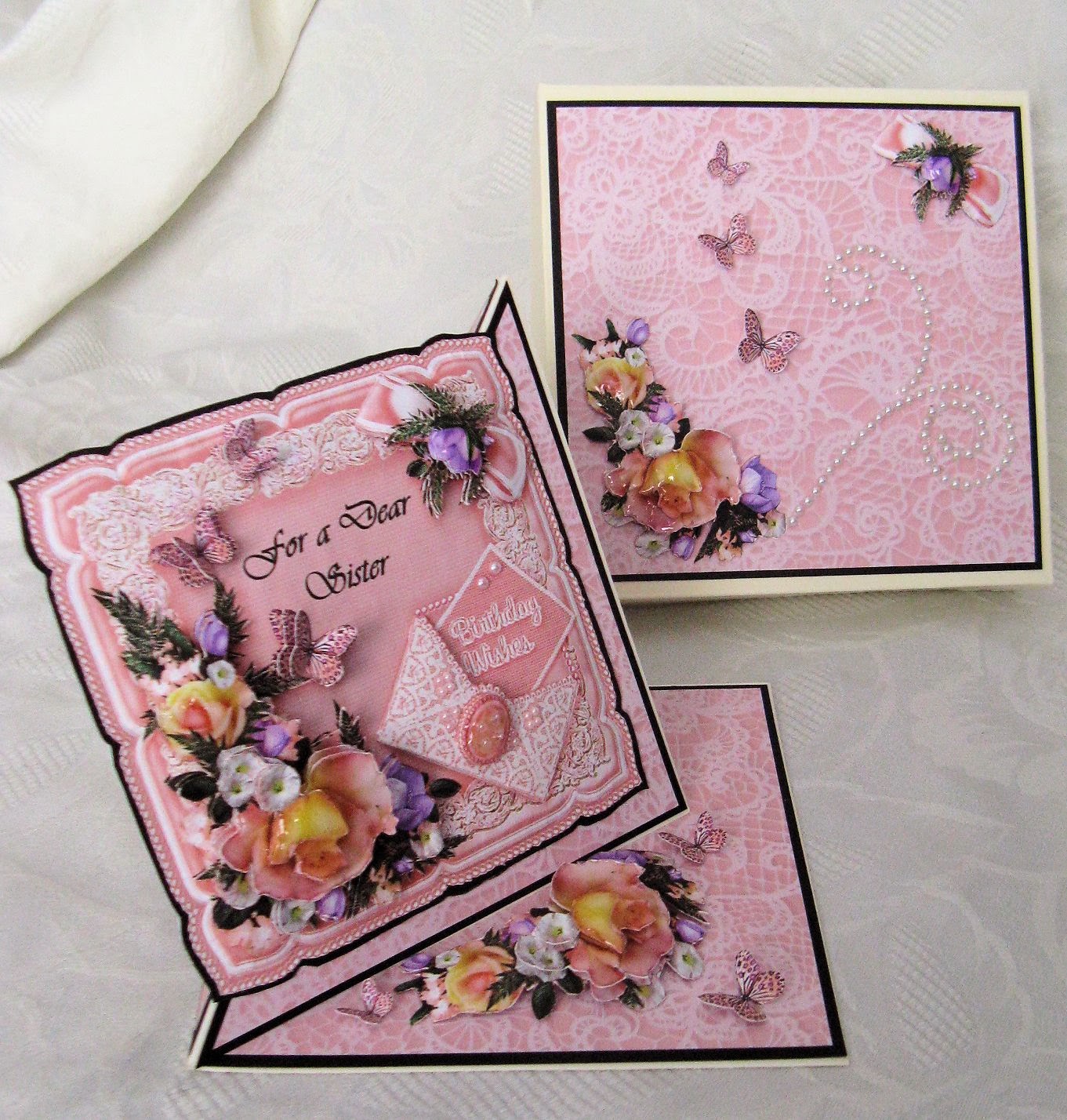 So here is the finished card and box.