Well that's not quite true it will be 50 years ago on Saturday 18th August that saw the first appearance of The Beatles with the line up that took them to the 'Toppermost of the Poppermost' but I will be too busy getting ready for the 50th Anniversary concert at Hulme Hall on the Wirral the same venue the Beatles played 'All Thise Years Ago' to blog so I am posting this early. I am lucky to count amongst my friends the lads who are carrying on the Beatles Legacy in my Home City as the resident Beatles Tribute Band in The Cavern Club.

Not only are they playing at the Anniversary Concert mentioned above but they have a very busy schedule ahead with various 50th Anniversaries happening next week and then culminating in the Finale Concert for International Beatleweek in the City on August Bank Holiday Monday. This will be the first time this line up have played together on a big theatre stage when they play the Philharmonic Hall, and I couldn't let the occasion pass without a little memento from me.

For the past few weeks I have been attending as many of their performances in The Cavern as I can to get just the right photographs for my project. I have printed off a rain forest of backing paper and used miles of double sided tape but I can unveil the finished result - possibly the most complicated card I have ever made due to the sheer number of elements involved. 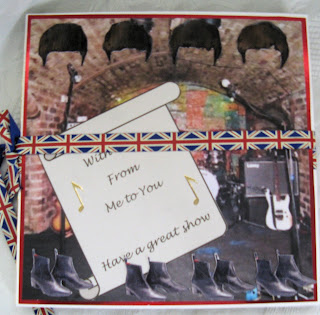 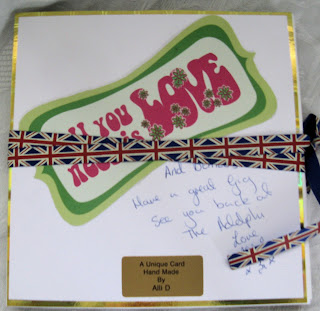 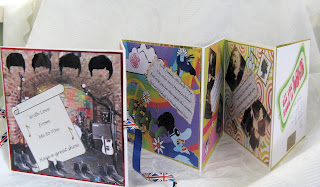 The card is based around a poem I had written about the band and why I think they are so great there are a number of in jokes included. I made each panel separately and there are several hidden references to various Beatles songs some more obvious than others. I photographed all the panels individually, before sticking them to the base card. 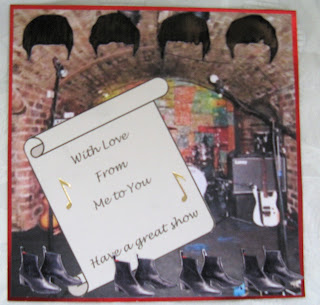 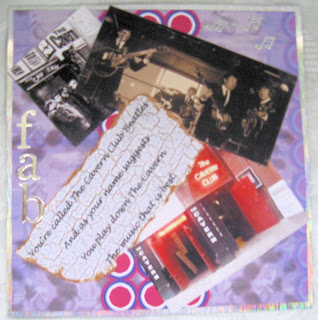 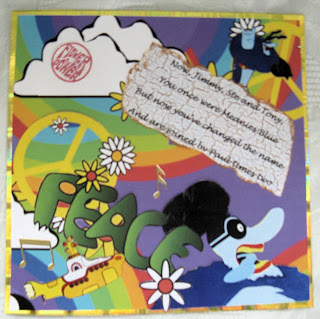 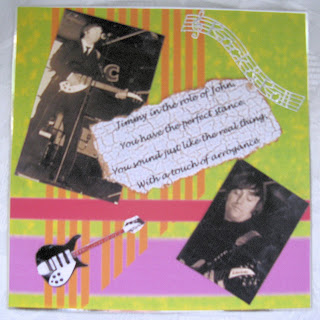 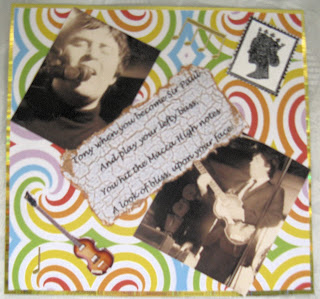 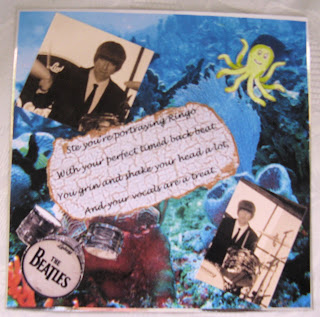 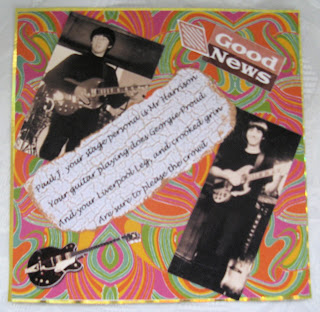 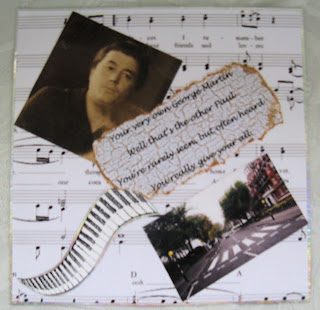 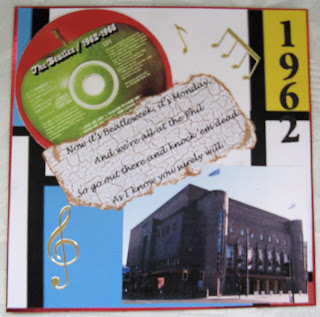 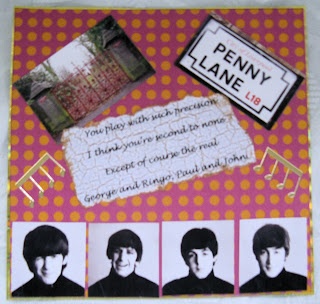 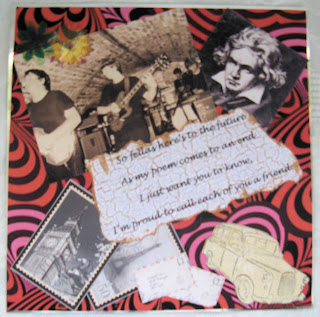 The card will be delivered to The Philharmonic Hall so they can open it before they go on for the show. The only photos of the real Beatles in the whole card are the ones on the next to last panel, which gives you some idea of just how good look-a-likes these guys are but as the saying goes looks aren't everything, they really do suspend reality during their shows because they play and sound like the real Beatles. If you want to check out the claim you can see them in action in this video recorded at one of their Saturday shows in the Live Music Lounge at the Cavern Club.

I am entering this in the following Challenge
http://ppp-makeitmonday.blogspot.co.uk/ - Anything goes linky party
Posted by Alli Devine at 19:11